The Minnesota Mullets are a Junior A hockey team based in Minneapolis, Minnesota.  The Mullets skate out of Augsburg University Ice Arena.

ARIZONA HOCKEY UNION STANDOUT HEADED TO THE STATE OF HOCKEY

The Minnesota Mullets have another recruit to announce: the team has added forward Oliver Craft to the roster for the 2022-23 season.

The Mesa, Ariz., native joins the Mullets alongside several other Arizona-born teammates such as the Mullies’ newest Arizona recruit Ben Wilcoxson and veterans Austin Poole, Tyler Ortega, and Brent Scott.

His Arizona roots, and more particularly Ben Wilcoxson himself, played a major factor in Craft’s decision to join the Mullets. “I was lucky to have my friend, Ben, chime in for me, giving me the chance to talk to Coach,” he mentioned. “Ben is super awesome and his travel team always smoked mine so I’m super excited to be able to play with him” instead of against him.

Some would say Wilcoxson is a highly reputable source of information. Those “some” would include Mullets’ Head Coach Chris Walby who mentioned, “I was thrilled when Oliver signed earlier this month. I received a great reference from a trusted source and things went well from there.” With a great reference and great stats, Craft will make a great addition to the squad… and only time will tell if Wilcoxson has a future in scouting.

The forward and the coach have already established a solid connection which bodes well for the player-and-coach dynamic. “After a lot of talking to Coach Walby, I found him to be a stand-up, honest guy with a mindset just like mine,” said Craft.

On Craft as a player, Coach Walby noted, “Ollie is a left handed power forward with a scoring touch. He plays a physical game and skates well, especially for his size.” As a person, the coach had even better things to say, “He’s a good kid, works hard, has skill and is going to fit in fantastic here. I’m really excited for the opportunity to coach and further develop him. I think it’s going to be a great run.”

Coaching staff and teammates aside, several other factors also played a role in Craft’s decision to play in the Twin Cities; namely the location and the competition. “From the unreal setup at the U, the winning culture that comes with it, [and] the perfect hockey focused schedule,” he seemed to find everything he was looking for in his advancement of his playing career.

“And how could you not want to be a part of a team called ‘the Mullets’?” he playfully added.

Between the 2020-21 and the 2021-22 seasons, Craft double-dipped between playing for the Arizona Hockey Union 18U AA program and high school hockey; playing one season at Campo Verde High and one season at Corona del Sol High. Meanwhile he was still attending Highland High School, which doesn’t have a team, noted the forward.

“I played for Campo Verde until all my friends graduated, and then switched the next year to play with some other friends… Corona was a division higher that year as well.”

The advancement to a higher level of play proved to raise a bar that Craft was willing to meet. In his time with Campo Verde, he recorded three points (0-3=3) in 10 games. After transferring to Corona del Sol, he improved to 19 points (11-8=19) in the same amount of games, averaging nearly two points per game. He ranked T-2nd in goals and fourth in assists and scoring.

Clearly something special happens when the pressure is on and the bar is raised. The future is bright for the forward, giving Mullets fans and Coach Walby a reason to be excited.

“I really look forward to playing with players that are all here for the same reason, and that’s to get better and move up,” he concluded.

The Minnesota Mullets are excited to announce the return of veteran Brent Scott. The defenseman was solid for the Mullets last season and will look to continue his success in the upcoming campaign.

The Litchfield Park, Ariz., native is the second of the Mullets from Litchfield Park to return for the new season following the returning announcement of center Tyler Ortega. Veterans Scott and Ortega will accompany new recruits Ben Wilcoxson and Oliver Craft from Arizona. Scott, Ortega, and Wilcoxson all even played for the same Arizona Bobcats 18U AAA team in the 2020-21 season.

In 2021-22, the blueliner logged minutes in 42 contests with the Mullets, tallied 15 points (4-11=15), and posted 24 penalty minutes. He ranked tied for second in scoring among team defenseman and first in scoring among team rookie defensemen. Scott recorded a season-high three point game (0-3=3) against the Rum River Mallards on February 18th and played in all three playoff games to conclude the season.

Scott returns to the Mullets with some clear direction in mind and a hunger to improve his game. In one regard, he aims to work on his shut down game and give the goalies some relief, commenting, “I think that as a defensive unit we need to give our goalies less shots. To me, we have the best goalies in the USPHL, and if we’re able to let them face less shots as well as chances, then we should have a really great year.”

He also wants to improve his game in the offensive zone, indicating he might be ready for more responsibility, whether that be 5-on-5 or on the power play. Minnesota Mullets’ Head Coach Chris Walby agrees, “Brent is a playmaker on offense. He makes a great first pass, carries the puck well and joins the rush without hesitation. Brent’s a heads up player, has a high hockey IQ and he’s got a heavy, accurate shot with a quick release.”

It’s growth that he’s after in order to reach the collegiate level and it’s because of this fact that he has decided to return to the Mullets. “I believe Coach Walby can help me take that next step into college hockey,” he said, “as well as providing me with a good competitive year and allowing me to grow.”

Coach Walby understands Scott’s goal and is excited for the opportunity to help further his development so he can achieve his dreams. “He’s going to have a fantastic season and draw a lot of interest from several schools we pinpoint early.

“I’m really excited to watch him lead this year’s group of defensemen,” continued the coach. “He earned and embraced a leadership role late last season and I expect him to pick up exactly where he left off in that department.”

Growth and leadership skills come through the exciting transition from “rookie” to “veteran” in the locker room. “As a rookie you don’t know anything about the league, the teams you play, or even the area you play in, in my case,” said Scott. “Being a veteran means I know what to expect and I can plan for it to help my team out as much as possible.”

Coach Walby noted of Scott, “As a rookie, he earned the trust of his coaches late last fall and saw his ice time increase dramatically. He’s very tough to play against. He competes hard, doesn’t like to get beat defensively and plays with a ton of grit.” If someone knows how to lead by example, Brent Scott is that someone.

More than anything, Scott is excited to return home to his brothers-on-ice and the atmosphere of it all. “I really love the Mullet atmosphere. We’re a team and a family, and I think that’s hard to find in junior hockey.”

Located in Minneapolis' historic Seven Corners district and only five minutes from the rink. With 15+ beers on tap, a full menu and a grill that stays open late The Corner Bar is the perfect place for pregame and post game celebrations. 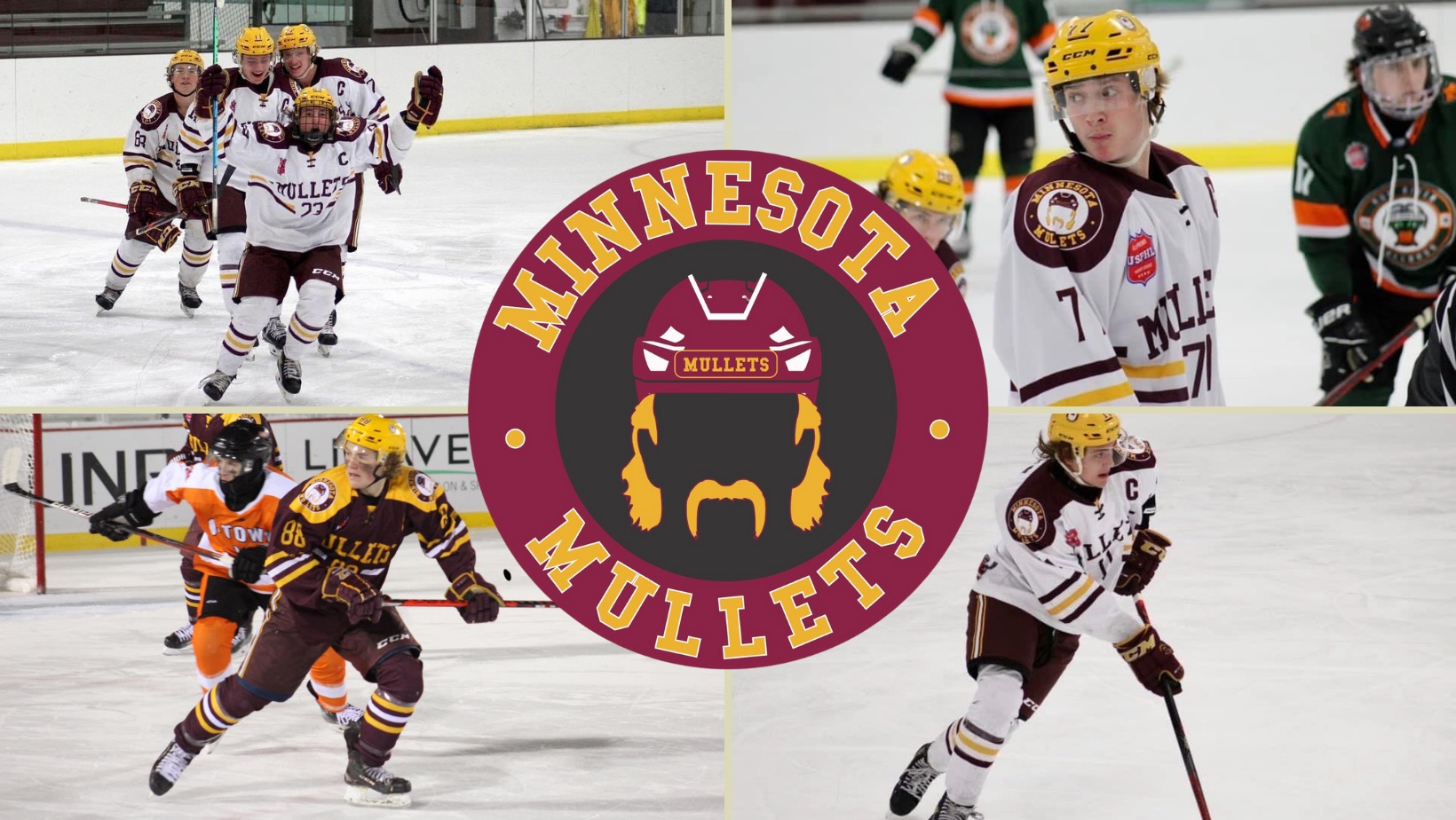